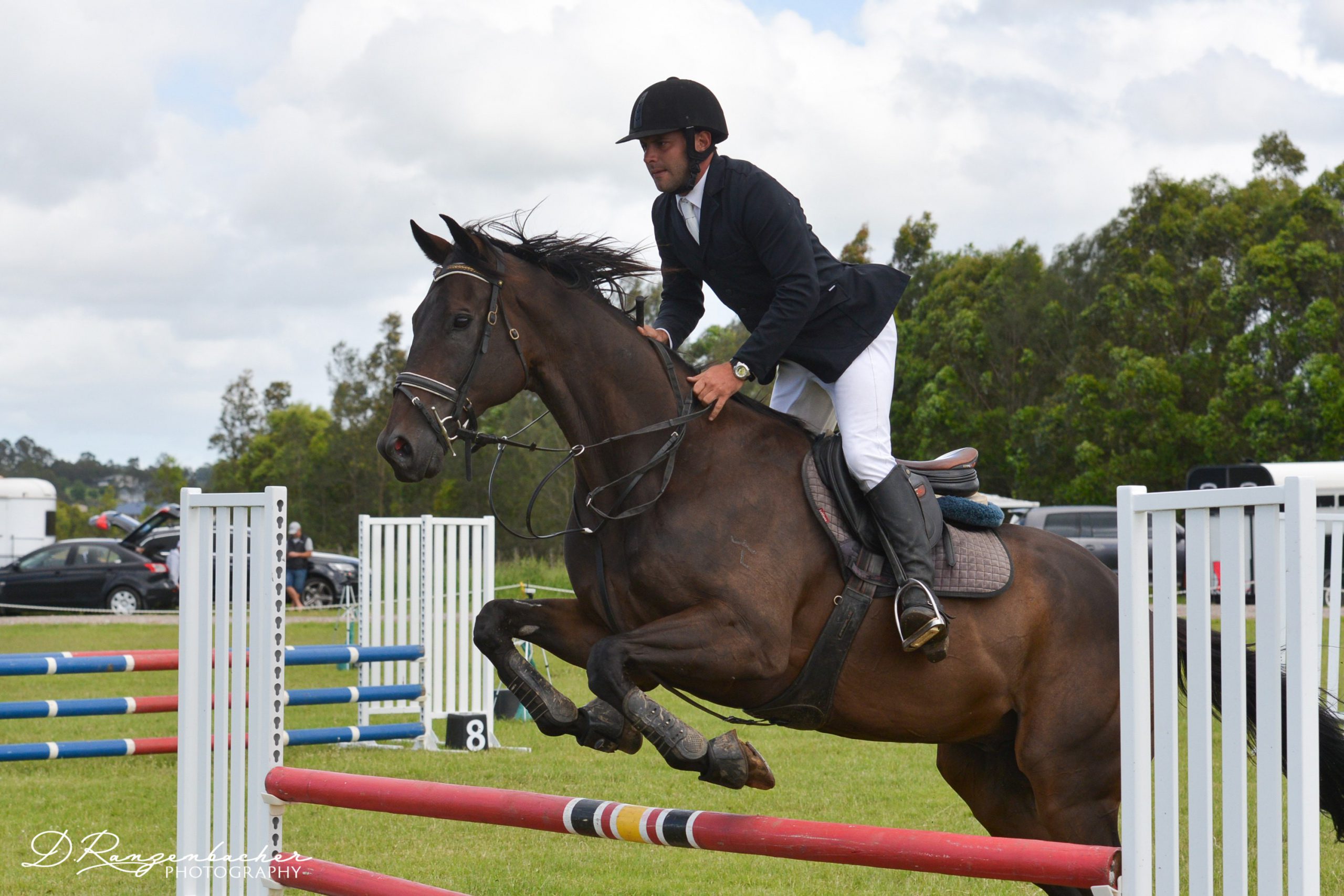 With a Grandfather who was the Field Master of the Sydney Hunt and an extended family full of talented riders, Asarri McPhee was destined to catch the horse bug at a young age. It was his grandfather who unwittingly introduced him to showumping too and the now 28-year-old is hooked.

“I bought an off the track Thoroughbred (former Grant Allard-trained gelding Rousing) three of four years ago with the intention of making him a hunter, “Asarri said. “But my Grandfather took one look at him and said that horse is a showjumper so I thought I had better learn. I started teaching myself and also had lessons with Vicki Roycroft.”

Fast forward to May 2019 and Asarri was ready for a second showjumping horse. Course builder Ronnie Porter told him about Racing NSW’s equine welfare and rehoming division, Team Thoroughbred, so he decided to start his search there. He filled out the online application form and made an appointment to meet the retired racehorses which had been suggested for him at Team Thoroughbred’s Oxley Island facility.

“When I got there Mal (the Farm Manager) had three horses for me to try,” Asarri said. “The first two were ok but didn’t feel quite right. They hesitated at the jumps.”

Asarri then got on a striking Snitzel gelding named Blackboard Special who had previously been trained at Grafton by Wayne S Lawson.

“I liked his breeding straight away but his canter was to die for,” Asarri said. “He has the smoothest canter I have ever ridden. I pointed him at a jump and he just went for it. He didn’t look around, he didn’t hesitate. I thought to myself I can work with that!”

Asarri took Blackboard Special home to continue his education. The priority was testing the brakes and once they were tuned up, he started on poles. Next they stepped up to cross rails, then proper jumps. Blackboard Specials always tried hard and by October both he and Asarri were ready for their Competition Day at Sydney Jump Club.

“He was good but a bit green which is understandable,” Asarri said. “He’s a completely different horse now. I can get him around a 90cm course. He does have a few issues with his manners, but he improves with every event. We’ve been out together every weekend since 12th January.”

Asarri’s ultimate goal is to get Blackboard Special into the Jump Off series and he believes he has the power and strength to eventually be a 1.30m. horse. Coronavirus has thrown a spanner in the works with shows and competitions on hold for the moment, but luckily he can still ride at home.

“We’ll be doing a lot of flatwork in the coming weeks and trail riding as well,” Asarri said. “I love off the track Thoroughbreds. They try so hard for you. Jamie Coman (EA Coach) says the Snitzel line is one of the best for showjumping if you can get your hands on one and I feel very lucky to have one. I got all the benefits for $1000.” 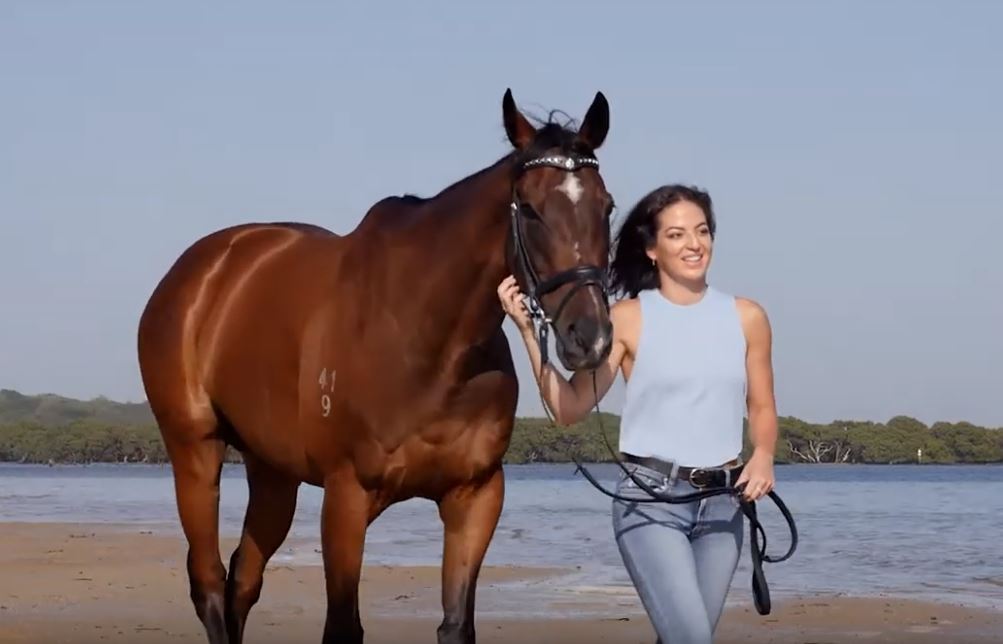 Kiersten Duke chats to Bianca Argyros about why she chose to adopt retired champion racehorse Ecuador from Team Thoroughbred NSW and their journey so far.