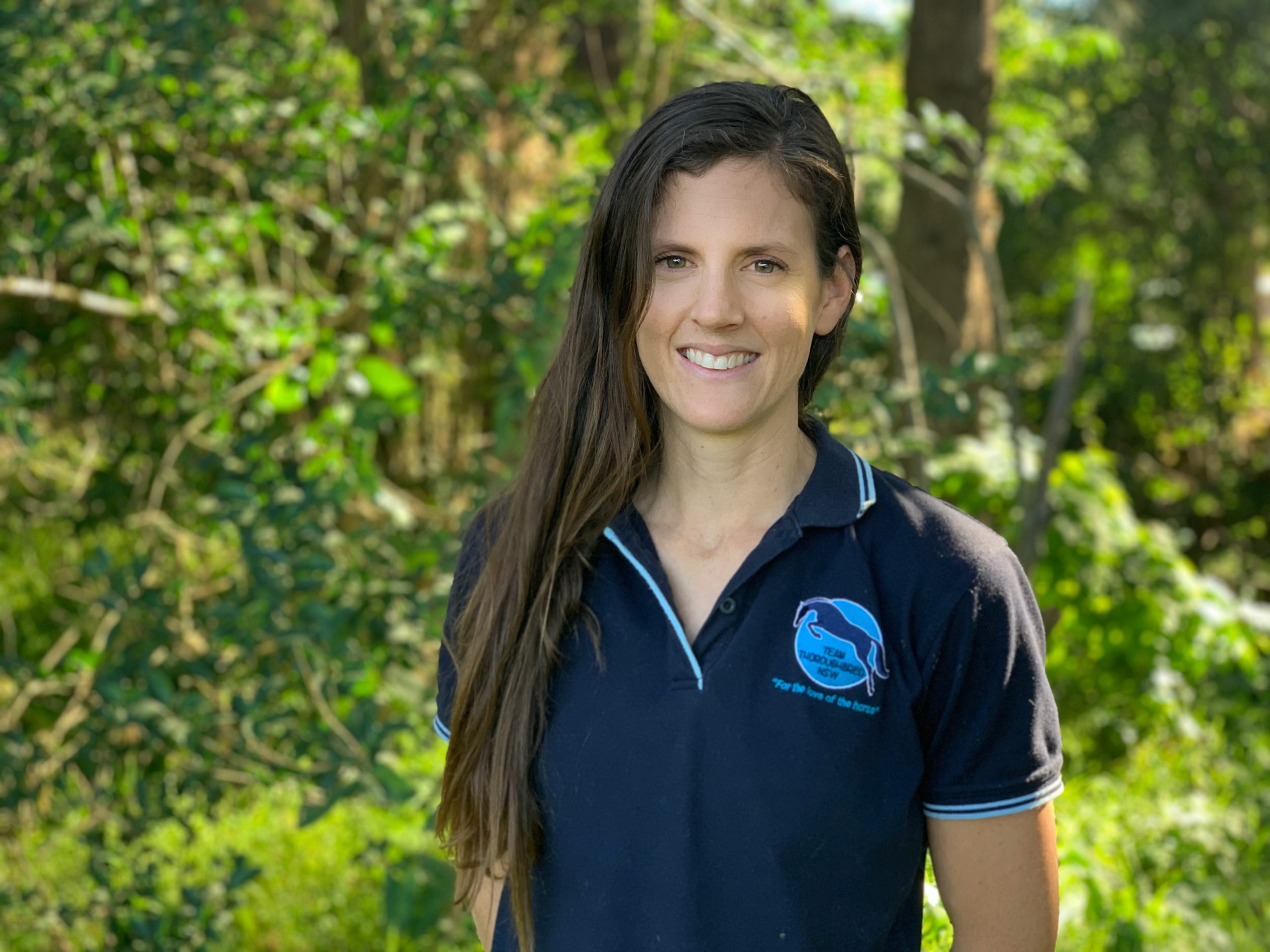 If you’ve recently rehomed an off the track Thoroughbred from New South Wales, you can expect a house call from Dr Carly Garling in the near future. The dedicated equine welfare veterinarian is one of two appointed by Racing NSW specifically to monitor retired racehorses in their new homes.

Each day Racing Australia updates its database of retired racehorses including their new location and person responsible for their welfare. From that, Dr Garling chooses a handful of horses from a similar area and phones their new owners to arrange a time to visit.

“It’s important that these horses are where the previous owner has declared they are,” she said. “We also ensure they are receiving adequate care.”

Every inspection includes a microchip scan, basic examination of the horse and an assessment of its surroundings. The vet will talk to the new owner about their plans for the horse and address any queries or concerns either party has.

“Thoroughbred owners need not be scared of us,” Dr Garling said. “We’re not out to take anyone’s horses. Most people are doing the right thing which is great to see. Sometimes you might find a horse lacking a bit of condition but that can be managed. The most common mistake people make is thinking grass will be enough for their Thoroughbred.”

Dr Garling recommends finding out your horse’s previous diet and routine and gradually adjusting it.

“Off the track Thoroughbreds are accustomed to being hand-fed every meal, regularly given fresh water and rugged daily,” she said. “It may sound silly but retired racehorses may not know how to drink from a dam and if it’s their only option in a paddock there could be serious consequences.”

As part of her role, Dr Garling also investigates reports of neglect and concerns for welfare. She urges anyone who finds themselves in a situation where they are struggling to care for their horse to contact Team Thoroughbred for help. If need be, Thoroughbreds which have spent most of the life in NSW can be surrendered to Team Thoroughbred where they will be cared for, retrained and rehomed.

Dr Garling joined Team Thoroughbred NSW, Racing NSW’s equine welfare division, at the start of 2020 having done casual work at the races for the past three and a half years while also operating her own private practice in Wollondilly Shire. She is a talented rider herself and competed in one-star eventing from the age of 18 on an off the track Thoroughbred named Tennant Creek. The big chestnut gelding was originally trained at Hawkesbury by Michael Wilson and Dean Tanti piloted him to his one and only race victory at Goulburn in August 1998.

“When the opportunity came up to work with Team Thoroughbred I jumped at it,” she said. “Having grown up riding off the track Thoroughbreds it was a passion of mine I had to follow.

“The best part of my job is seeing these horses in a new home where they are loved and appreciated for a completely different reason to being a racehorse. There is so much value in a Thoroughbred. They’re beautiful, versatile horses that come with exceptional training.”

Minimum Standards and guidelines for equine welfare can be found here.

In response to COVID-19 restrictions currently enforced by the NSW Government, Racing NSW will implement online delivery for all upcoming Apprentice Schools, commencing with the May session held on Wednesday, 20th May 2020 from 10.30am.

All NSW Apprentice Schools will be conducted online until further notice.

The Racing NSW Training Department will also be implementing an exciting new program that will provide jockeys with a choice of sessions, customised to meet their training requirements.

Guest, expert speakers will be present in many sessions including current senior jockeys.

All licensed apprentice jockeys and pre-approved riders in NSW must make note of these scheduled Online Apprentice School days.

Attendance is compulsory for pre-approved and apprentice jockeys. Call 1800 200 724 for further details. 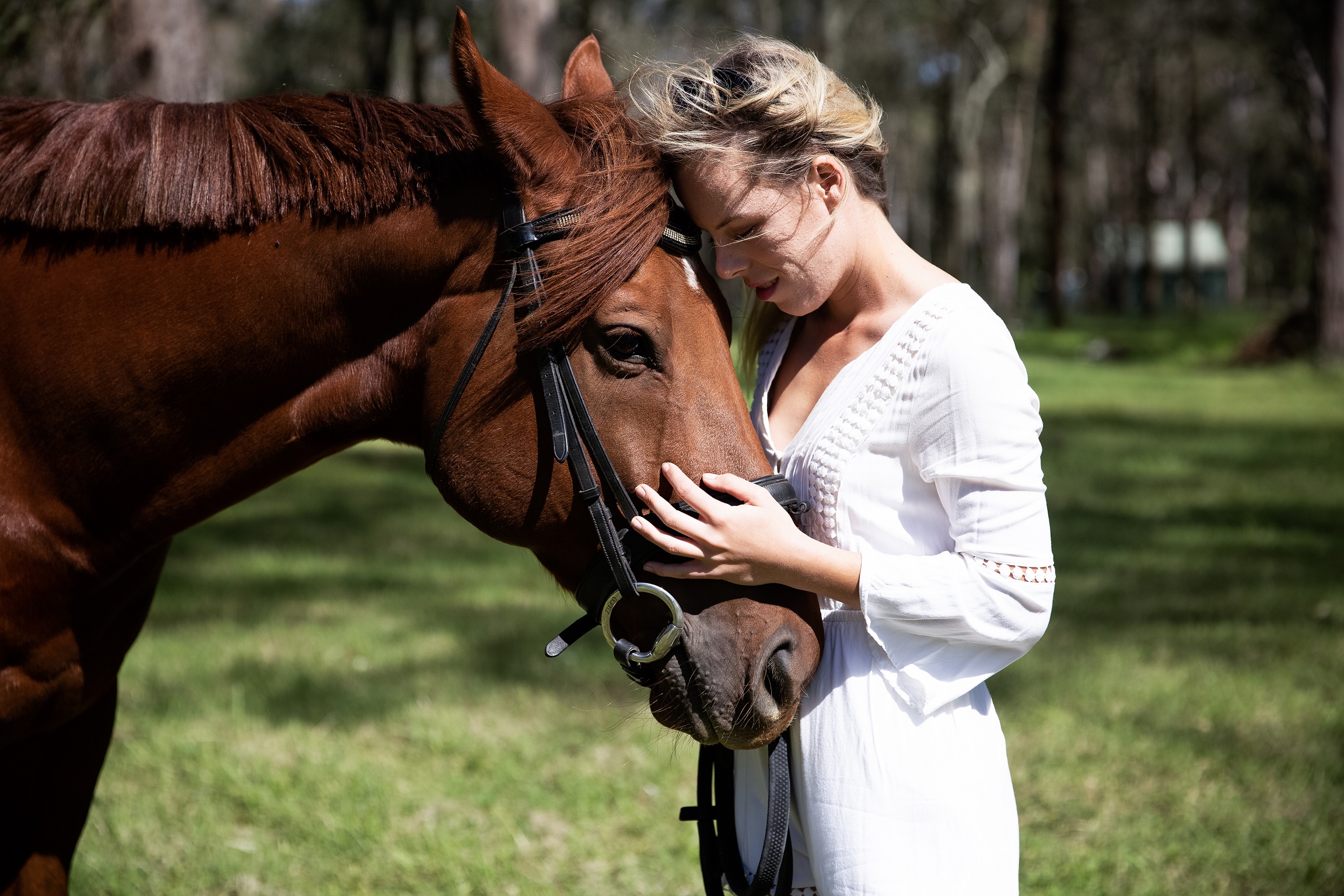 Like most little girls, Sarah Wilton wanted to be just like her big sister. She wore her clothes, asked her mum to give them matching hairstyles and at six years old she followed her to Dural Pony Club. Sarah was delighted to receive her sister’s hand-me-down horses and by eleven she was ready for her very first Thoroughbred. His name was Battle Bullet, a former Brett Thompson gelding who had failed to fire on the track. He ignited her passion for the breed, which only intensified with age and experience.

Fast forward to late 2018 and Sarah, then 18, heard about a partnership between Pony Club and Racing NSW’s equine welfare division Team Thoroughbred NSW, which offered senior riders the opportunity to retrain retired racehorses for an international showjumping competition. She saw it as a great chance to broaden her skills and applied straight away. When she was told she was one of just twelve talented equestrians chosen from more than 100 applicants, she was over the moon.

Sarah arrived at Racing NSW’s equine welfare property Princes Farm (now renamed Bart’s Farm in honour of its previous owner, legendary racehorse trainer Bart Cummings) in the January 2019 summer holidays for the first of three training camps and was pleasantly surprised to discover she already knew most of the other riders chosen for the program. She was in awe of the facilities and excited to be at a “real” Thoroughbred farm.

Throughout the program, Sarah and her fellow riders were involved in every aspect of the horses’ care from helping with the feeds, grooming and mucking out stables to work in hand, poles and eventually jumping. Every rider was assigned daily lessons with Team Thoroughbred NSW staff and expert coaches to help guide them through the process. Most of the horses were quite green and the task of preparing them to jump at least 1m by October seemed daunting, but every participant was committed to making it happen.

The first horse Sarah worked with was Moment To Test, a former Danielle Seib galloper who had managed just one win in 29 starts as a racehorse. She also rode Stonebrook from Gai Waterhouse and Adrian Bott’s stable, as well as Beauing who was previously trained by Peter Eggleston at Newcastle. Some horses learned quicker than others, but Sarah enjoyed working with them all.

“Even after a week you could see a clear difference in the horses,” Sarah said. “The constant handling and one-on-one attention really brought them on. It was satisfying to see them develop before our eyes. One kept refusing at a jump but I kept trying and in the end we got there. Being on them when they jumped for the first time was such an amazing feeling.”

With the end goal of having the horses ready for the Tri-Nations Showjumping Challenge at the Pony Club National Championships in October 2019, program organisers had to be ruthless when deciding which horses would make the final team. Four elite young riders from France, China and Australia would be taking part in the challenge, and to make it fair, all twelve would be competing on borrowed mounts. Team Thoroughbred was determined to showcase the most talented horses so those with injuries or limited scope were swapped out for others with more potential.

When Sarah arrived for the third training camp in July, a new handsome chestnut caught her eye. Grand Finalist, who had won two races for Gai Waterhouse and Adrian Bott, had not long retired but had an athletic build and the right temperament to succeed in the program.

“I fell in love with him before I even sat on him,” Sarah said. “I had my first lesson with him and he was so good the entire time. He was easy to do everything with and loved post-training cuddles. We started jumping and he was overjumping every time. He would run with me back to the barn. I decided I had to have him, put dibs on him for when the program was over and started working on convincing my Mum!”

Sarah didn’t have to wait until the program was over to take Grand Finalist home though. Organisers conceded it would be too much of a stretch to adequately prepare him for the Tri-Nations Showjumping Challenge, so Sarah officially adopted him and has been continuing his re-education ever since.

“He’s been out to Pony Club and Galston Equestrian Club and didn’t change character at all which was a relief,” Sarah said. “People were complimenting me on him and that made me happy. He likes to be stimulated and seems to enjoy his new life. I’d like to get him jumping 1.20m and competing in the Jump Off series would be a dream. The bushfires then the floods and now Coronavirus have disrupted my plans for him but I’m looking forward to competitions resuming.”

Grand Finalist’s adoption story isn’t unique. In fact, every horse in the Tri-Nations Showjumping Challenge was rehomed either with a Pony Club rider who couldn’t bear to let them go or an adult connected to the program. Seventeen-year-old Max Robinson is already out completing clear showjumping rounds on former Joe Cleary gelding, Cliff. Emily Andres, also seventeen, is teaching dressage to former Simon Casey gelding Me Auld Segotia and Mark Newnham’s former sprinter Ipso Facto is excelling at eventing with sixteen-year-old Charlotte Wells, to name a few.

Sarah’s impressive riding skills and positive attitude also helped her land her dream job as a trainer and rider with Team Thoroughbred NSW at Bart’s Farm. She started out volunteering and her efforts were rewarded with a full-time job.

“My day starts around 6:30am with the feed run,” Sarah said. “We drive around the property and see all the horses. It’s probably my favourite time of the day. Next, we make up the new feeds and then start riding. I finish with the hay run in the afternoon.

“Horses are my passion and I feel so lucky to be able to work with them every day. Horses are the way they are because of how they are treated, good or bad, and you can see yourself coming out in the horse. You do get attached to them but as sad as it is to see them leave, it’s rewarding to find them quality new homes and follow their progress. Social media is great for that. I’m always seeing photos of our graduates pop up on Instagram. I’m in contact with Grand Finalist’s previous owners on social media. They’re grateful for the updates and it’s heartening to see how much they still care about the horse long after his last race.

“I get emotional when I hear people spreading misinformation about retired racehorses having no future. I take a deep breath and explain to them where I work and what we do. It’s all for the love of the horse.”

The Tri-Nations Showjumping Challenge was declared a great success with China the overall winners and Stonebrook the best performed Team Thoroughbred NSW horse. It will likely be held again at the next Pony Club National Championships in 2021.