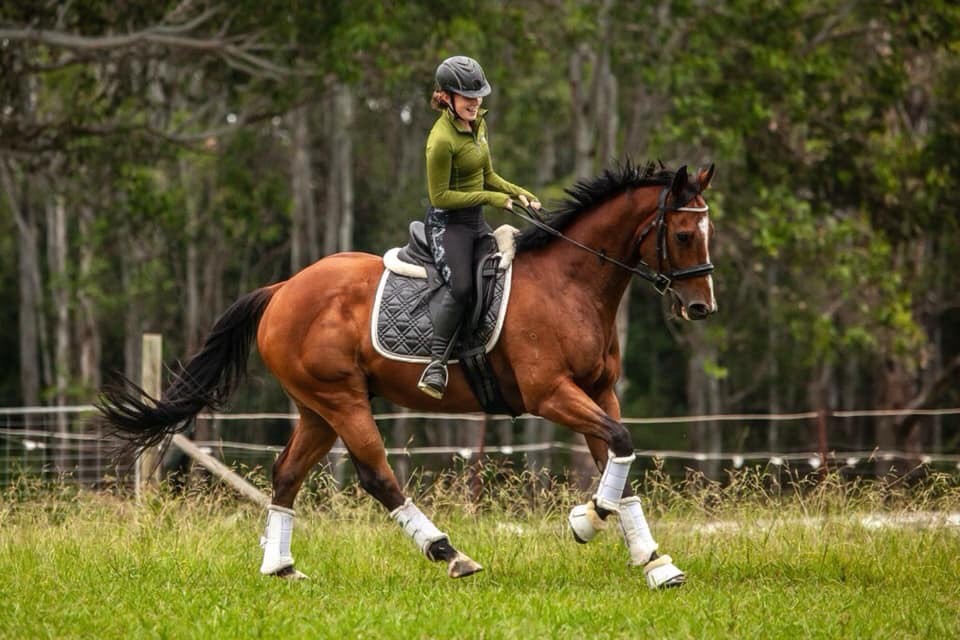 As Ethereal was entering the history books as the winner of 2001 Melbourne Cup, Hannah Jackson was entering the world at Sydney’s Nepean Hospital. Call it an omen or a simply a coincidence, this precious little girl would fall deeply in love with horses the moment she laid eyes on one.

Hannah begged her parents for a horse of her own and on her fifteenth birthday her wish was finally granted. “Rhodian” had been retired from racing for close to five years and had spent most of that time poking around a paddock. He was 16.1 hands and hadn’t undergone any retraining. Hannah had several years of riding experience under her belt and was working at a stable after school but wasn’t sure she could handle him. Despite this she saw his potential and so desperately wanted a horse, so she adopted him. 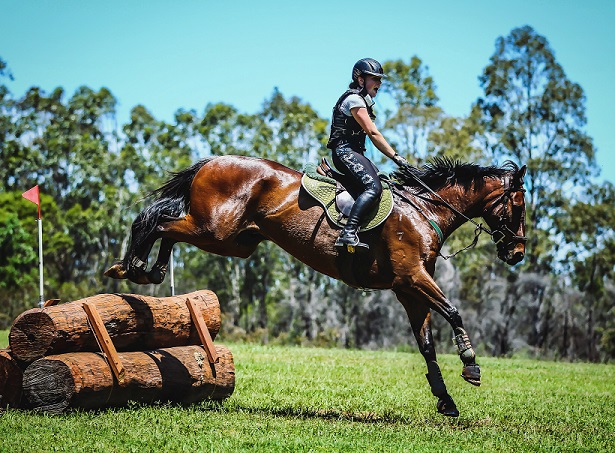 Hannah and Rhodian jumping for joy.

“I began with a lot of liberty-based training to get him nice on the ground,” Hannah said. “When we started under saddle he was on the lunge and I gradually introduced more exercises. Since he had spent close to five years retired he was really set in his ways. It took a long time to get him out of his shell, trusting me and listening to me. We learned together though.”

In September 2017 Hannah and Rhodian had their first competition-style outing at the Silver Hills Hunter Trials. Next it was off to Pony Club where they brought home ribbons for fourth in dressage and D grade champion showjumping. Hannah set a goal of competing at EVA 80 grade so she stepped up Rhodian’s training to five days per week and by December 2018 they were ready. But cruelly Hannah was robbed of the chance to put Rhodian to the test. On 14th December a single lightning strike claimed the lives of both Rhodian and his paddock mate Zikomo, a quirky thoroughbred mare Hannah’s mum had rescued.

“I remember the day as clear as if it were an hour ago,” Hannah said. “I was driving home from school. I was really happy because I had just got my licence. Mum called and told me to wait for her to get home and that she would come with me to work the horses that afternoon. In the car on the way there my sister broke the news both horses were gone.”

“I couldn’t believe it. My heart was shattered into a million pieces. Rhodian and I had formed an amazing bond. He had become my absolute best friend and I couldn’t imagine a world without him.”

In the days after the lightning strike Hannah continued to go to the agistment property where Rhodian and Zikomo lived. It was a routine she simply couldn’t break. A concerned family friend suggested she go to Princes Farm to see some of the retired racehorses being offered to new homes by Racing NSW’s thoroughbred retraining program but Hannah didn’t want a bar of it. Rhodian couldn’t be replaced. Not now. Not ever. 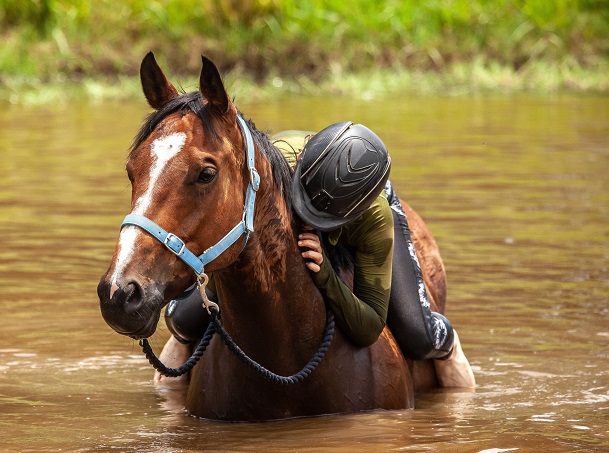 Retired racehorse Mossman’s Gold has been a much-needed comfort for Hannah.

Eventually, Hannah relented and went to Princes Farm with her mum and family friend but she wasn’t interested in any of the horses there. At the end of the road she was coaxed out of the car and into a paddock to meet a beautiful big bay gelding named Mossman’s Gold, a former Cody Morgan-trained galloper. Hannah reluctantly began to stroke his face and soon started thinking about the potential of this kind, calm, gentle horse. She returned a few days later and took him home.

“At that point I realised I had struck gold,” Hannah said. “Here I was sitting on this off the track thoroughbred who was just so perfect. He wasn’t the horse I wanted, he is the horse I needed. Sometimes the best opportunities come at the worst times.”

For now Hannah is taking it slowly with Mossman’s Gold who she has renamed Moët. She has the same goals for him as she did with Rhodian and is excited to see how far they can go together.

“He’s helping mend a huge hole in my heart,” Hannah said. “When I want to go and hug Rho I can hug him instead. He’s such a quick learner and every day he does something to impress me.” 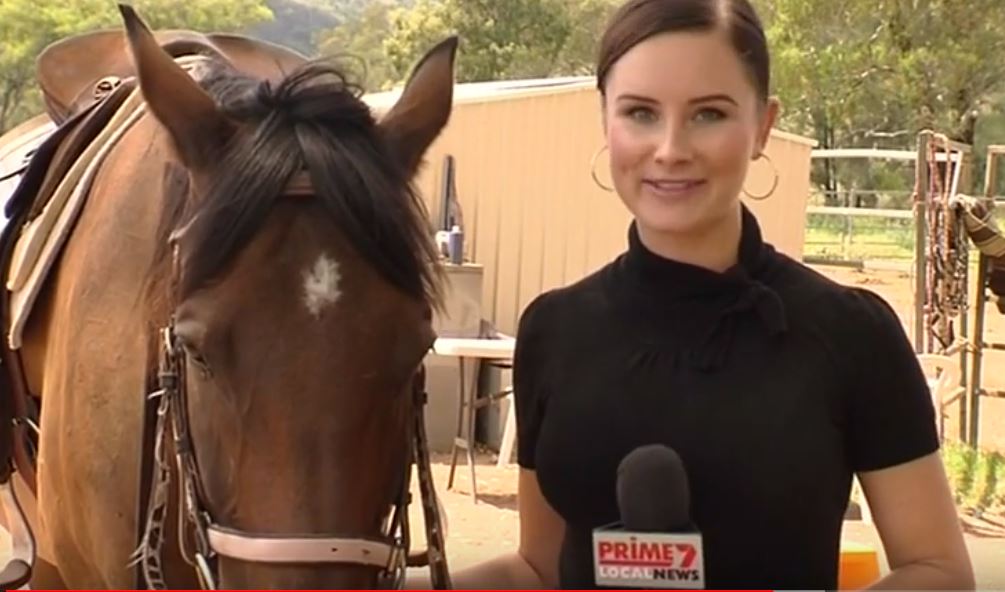 While Love Gun was no star on the race track he’s certainly shining in life after racing and now he can add TV star to his resume.

Rebeccah Vaclavik from Prime 7 News put together this heartwarming report on his new career as a trail riding horse.