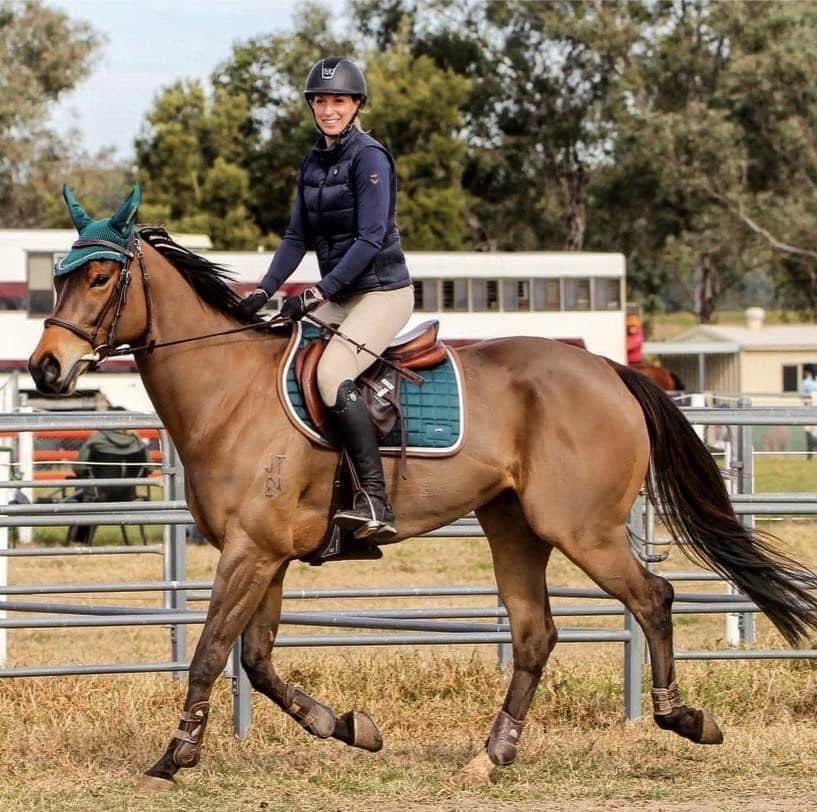 Cruising around the 75cm course at Sydney Showjumping Club, there was little to suggest it was only Snippets Of Rain’s second outing. Talented equestrienne Stephanie Laraud adopted the five-year-old retired racehorse from Team Thoroughbred NSW in May and he has excelled in his retraining, prompting her to put him to the test.

“I couldn’t be happier with his performance,” Stephanie said. “He was calm and focussed. There were sheep in the paddock next to the arena and this distracted some horses but he didn’t even look at them.”

The pair went clear in the second round and Stephanie left the arena beaming from ear to ear.

“He has a really good jump and always tries hard to please,” she said. “Given his age, you have to ask him properly. With young horses, you can’t really make a mistake with your hands as they are not in a position to help you out while they are learning themselves. He is very promising though.”

It was a different story on the track. As a racehorse Snippets Of Rain had fourteen starts for a modest record of one second and two thirds. Muswellbrook-based trainer Todd Howlett called curtains on his racing career in September 2019 after running a long last at Bowraville. Snippets of Rain was retired to Team Thoroughbred’s Sydney facility, Bart’s Farm, where he immediately caught the eye of retrainer Charlie Brister.

“He was a little green but had a good attitude from the start,” Charlie said. “He was straightforward to jump and had a big heart.”

Stephanie had owned Thoroughbreds before but was looking for her first project horse to retrain with the guidance of her coach, Sandra Tremier from Tic Toc Equestrian. A mutual friend recommended she look at Team Thoroughbred, having bought a horse from the program herself.

“Working in the racing industry I know there are many horses looking for good homes and I wanted to help,” Stephanie said. “Thoroughbreds have so much to give and I am enjoying the challenge of retraining one.”

Initially, a talented jumping mare named Dashing Hollie was recommended for Stephanie but when she rode her at Bart’s Farm they didn’t really click. She then rode Snippets Of Rain and knew he was the one for her.

“I liked the look of him, I tried him and within ten minutes I made the decision to buy him,” she said. “He was so calm and willing. I tried him over cross rails and he just did it.”

Stephanie came to Australia from France six years ago. Back home she is a criminal lawyer but her qualifications aren’t fully recognised down under so she followed her passion to Chris Waller’s Rosehill Gardens stables and became a trackwork rider and stable hand. While Stephanie works with horses daily, she says it is different when it’s your own.

“Jumping is a completely different sort of adrenaline to riding fast work,” Stephanie said. “It’s like you’re flying. When I go to see my horse it is like I am going to see my best friend. I never get tired of him. He fills me with energy.”

Over the next couple of weeks Stephanie plans to step Snippets Of Rain up to 85 and 95cm jumps and within a year hopes to be jumping 1.10m nicely.

“Twelve months is a long time for young horses but he’s already so good,” Stephanie said. “The only thing I can hope for him is to remain consistent. We all want to go and jump bigger so I will try and increase his strength. I would like to see him lift his back legs a bit more. He can be a bit lazy at the moment. He’s good with the front.” 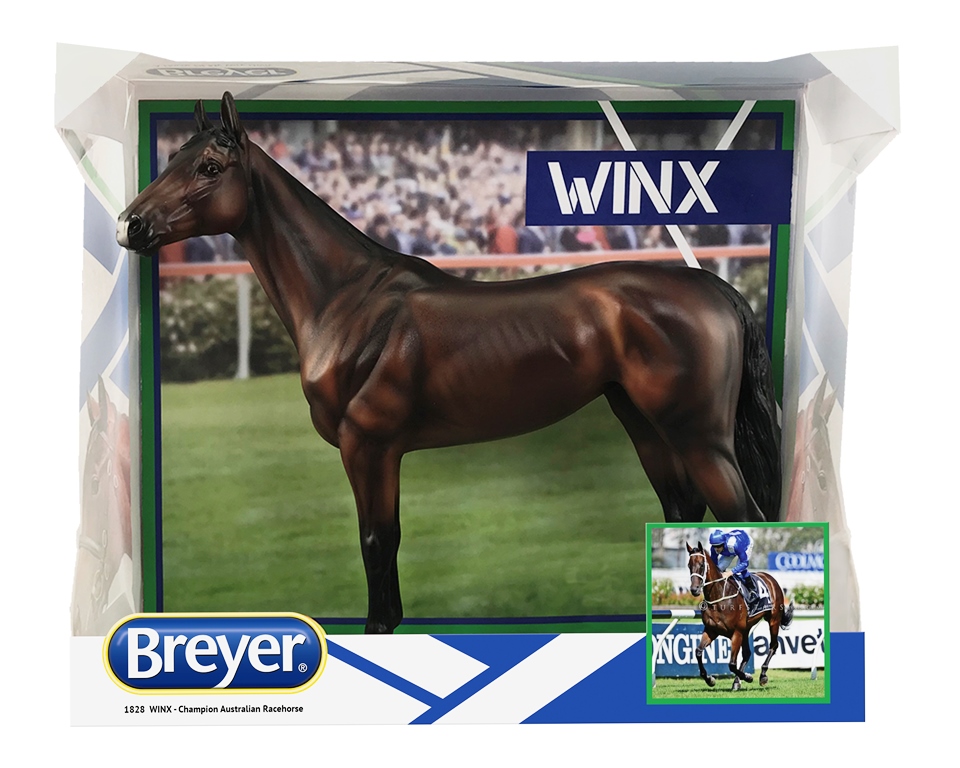 By the time Winx ran her final race in April 2019, she had amassed $26,451,175 in prizemoney, 25 Group 1 trophies, the title of World’s Best Racehorse and millions of admirers around the globe who dreamed of one day owning a horse half as good her. While the real deal isn’t for sale and most of us couldn’t afford her anyway, Winx fans can now buy a scale model of the wonder mare and help care for retired racehorses at the same time.

Renowned modelling company Breyer Horses approached Winx’s owners about creating a model of her likeness after she won the Secretariat Vox Populi Award in The United States in January 2019. They had already rejected pitches from other companies but were impressed by the level of research and effort Breyer put into the project. Winx’s trainer Chris Waller and regular jockey Hugh Bowman inspected the design drawings and were satisfied it accurately represented the mare, but there was one more condition which had to be met before it was given the green light.

“As owners, we’re interested in paying forward our good fortune so Breyer kindly agreed to donate $1 from the sale of every Winx model to a charity of our choice,” Debbie Kepitis said on behalf of the ownership group. “We have chosen Team Thoroughbred NSW as the recipient.”

“I truly believe we need to look after the animals which are bred for this industry,” Debbie said. “It’s great to know Team Thoroughbred provides a safety net for these horses to ensure they are cared for in a way the industry can be proud of.”

The Winx model is now available for $79.95 from TopTac as well as Saddle World, Horseland and some independent saddleries and toy stores. Each model is made to the traditional 1:9 scale. Already there has been a huge demand for the model. It sold out in the United States and is expected to sell out down under too.

Debbie was one of the first to receive her Winx model which has pride of place on her desk at home.

“It’s very humbling and touching to think there are so many people all over the world who have watched Winx on any sort of media from phones to televisions,” Debbie said. “They have told us of the excitement and joy she brought them and how she made them feel like you can do whatever you want to do.”