Another Notch In Elsa’s Belt

A cross country course with deep ditches, water obstacles and 1.05m fences, 1.10m showjumping course and a complicated dressage test with scores of exercises to memorise. Preparing for a new horse’s maiden attempt at a 1* eventing program would have even the most experienced equestrian’s stomach in knots. But not Elsa Vigneau-Ribal. She has every faith in her off the track Thoroughbred Kuiper Belt.

“I knew if we ran into any trouble, he would be fine,” Elsa said. “I’ve never had a horse who is so safe on his feet.”

Despite the driving rain and soggy ground, Elsa and Kuiper Belt blitzed their first 1* event at Quirindi without so much as a slip. It’s another achievement on a long list of goals the pair has accomplished since Elsa adopted the Dansili (GB) x Lindelaan (USA) gelding from Team Thoroughbred NSW two years ago.

Elsa was looking for a new eventing horse to replace Judge Smails, an off the track Thoroughbred previously trained at Dubbo by Gary Lunn. She had educated him from scratch and worked up the grades to 1* but he had started to slow down due to his age. Elsa completed a questionnaire and was given a list of horses that met her criteria. Among them was former John Thompson-trained galloper Kuiper Belt, and from the moment Elsa laid eyes on him in a video she liked him. She booked in to visit him and several other horses at Bart’s Farm, Racing NSW’s Sydney equine welfare and rehoming property, but after just ten minutes of riding she knew she knew Kuiper Belt was the one.

“He was very well balanced,” she said. “There weren’t any proper jumps on hand, so we rolled two big blue barrels onto their side, and he flew straight over them. He didn’t hesitate, he wasn’t scared, I was really impressed. “

Elsa picked Kuiper Belt up on a Saturday and took him home to her property at Somersby on the Central Coast. Less than 24 hours later they were at their first cross country clinic at Christine Bates Equestrian. She trotted him around, guided him through the water and popped him over some small jumps. Kuiper Belt took it all in his stride. The following week, they went to Central Coast Showjumping Club where he was an angel from the warm-up to the trip home.

“He was amazing,” Elsa said. “He wasn’t fazed by the other horses and was so cool for a horse in a new environment. He is the same horse wherever he goes.”

Retraining off the track Thoroughbreds has been a passion project for Elsa since arriving in Australia from France twelve years ago. Her method is always the same – ride them five times per week including one outing, and once they are confidently jumping 60cm, take them to their first competition. Kuiper Belt was ready for his first competition after just a month with Elsa and in EVA60 at Tamworth, they came 2nd.

“He is one of the most trainable horses I have ever owned,” Elsa said. “I love starting a horse as a blank canvas and taking them as far as I can. It’s very satisfying. In eventing especially, you are creating a horse as a whole.”

Despite her extensive experience, Elsa still gets weekly lessons with renowned equestrians Andrew Barnett, James Mooney and Peter Shaw to continue fine-tuning her skills. She already has her sights set on competing at 2* level with Kuiper Belt and hopes to reach that goal in this year.

“If we make it to 2* then I will aim for 3*. I’m sure Kuiper Belt will handle it, but I will need some extra training with my coaches,” Elsa said with a laugh.

Elsa also has a couple of new recruits in training – The Pilbarafox, a six-year-old gelding who came through Team Thoroughbred’s rehoming program and Double Magnum, who was suspended at his last race start for finishing 50 lengths last. She has high hopes for them both.

“My partner Joel (Funnell – a 4* eventer) is riding The Pilbarafox,” she said. “He moves beautifully and has a lovely jump. I think I might have lost him! Double Magnum is showing a lot of potential as an eventer. I’m going to have three very good horses in my backyard soon!”

Most of Elsa’s friends also compete on Thoroughbreds and she is fortunate to have several connections to the racing industry.

“Thoroughbreds make such great sporthorses and for cross country that’s what you want,” she said. “They are so athletic and reactive over jumps. All the best horses I have ridden cross country are Thoroughbreds. My partner’s parents breed racehorses and my best friend Rachel Hunt is a former jockey and they are always on the look out for potential new sporthorses for me.” 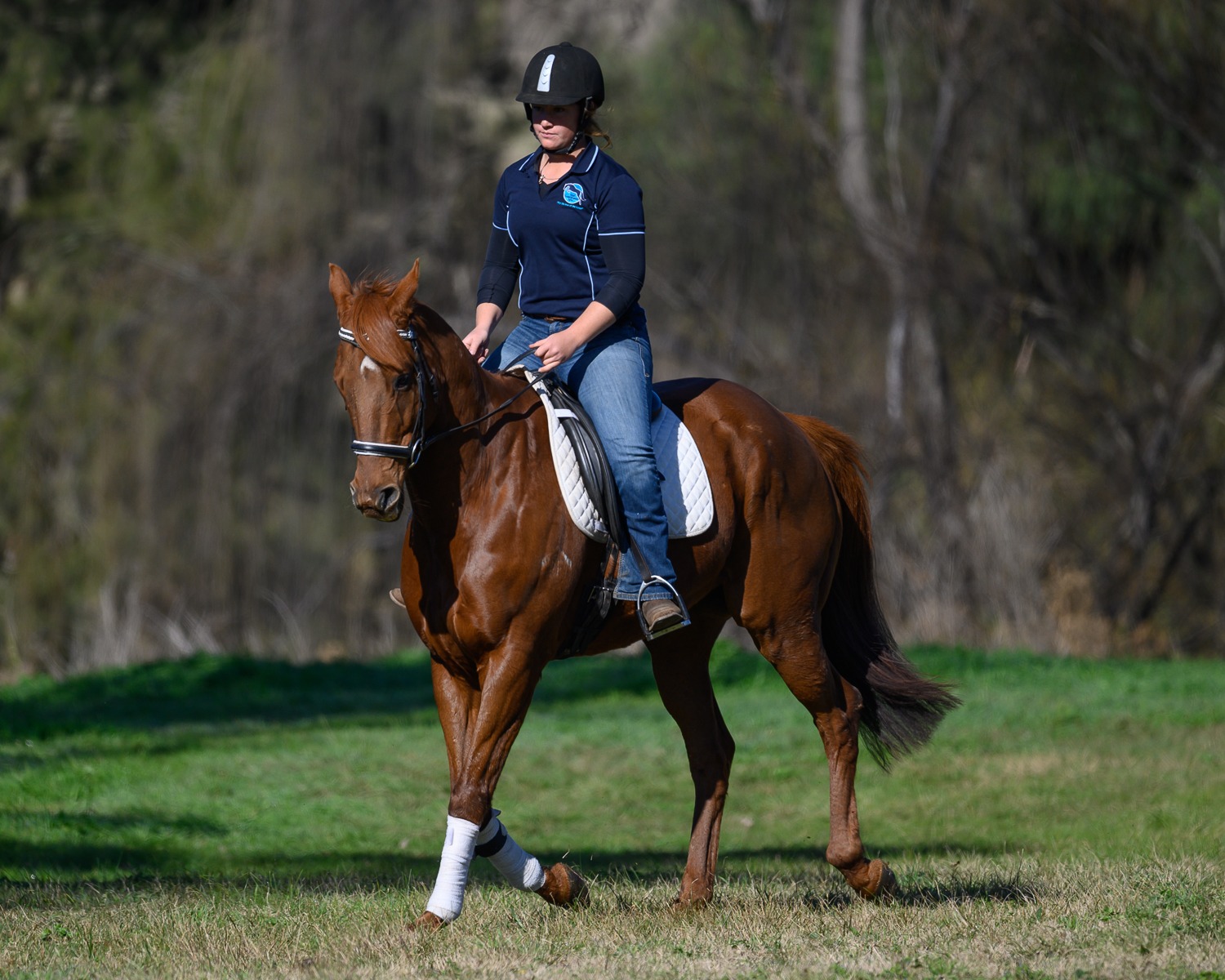 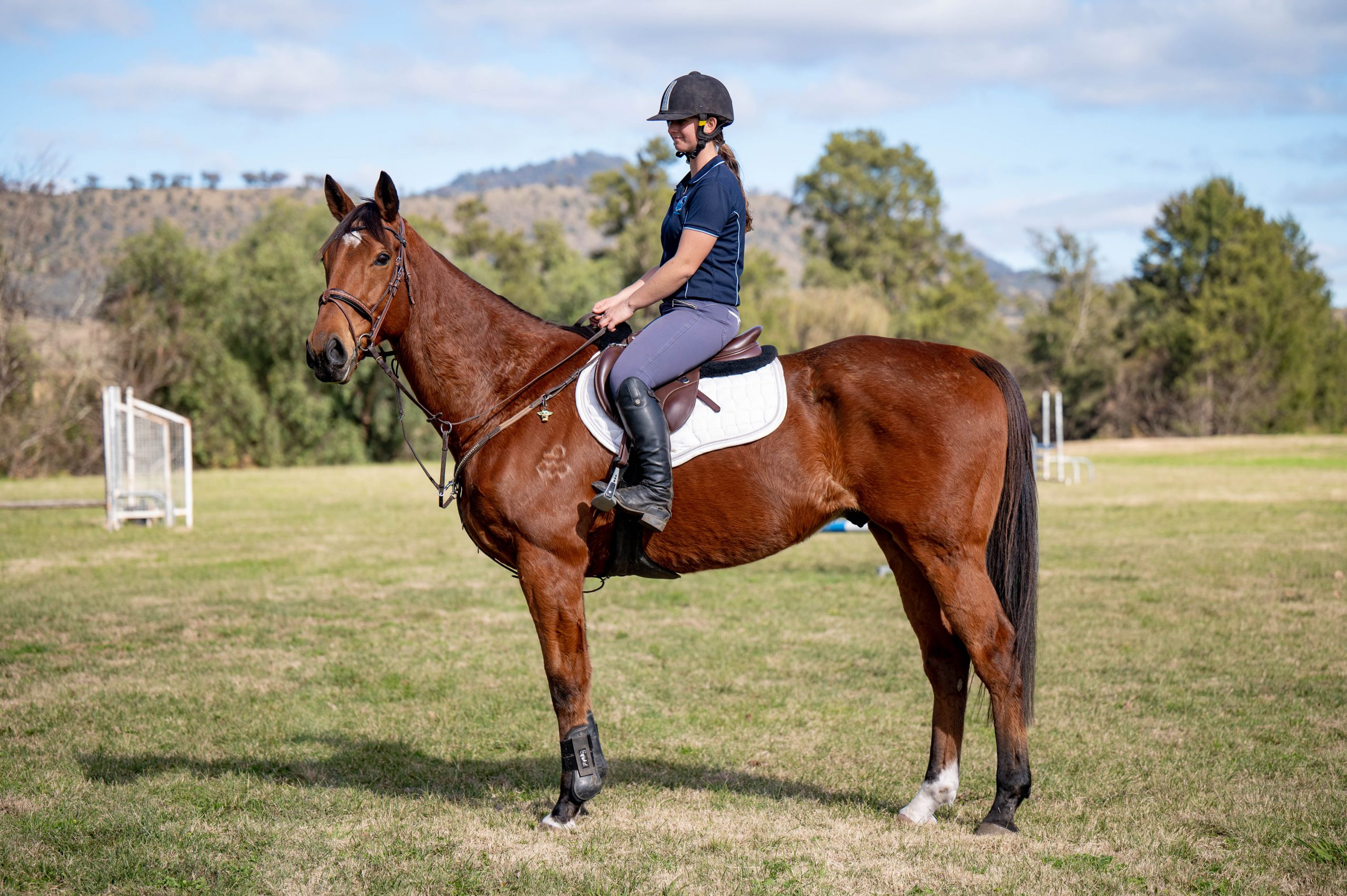 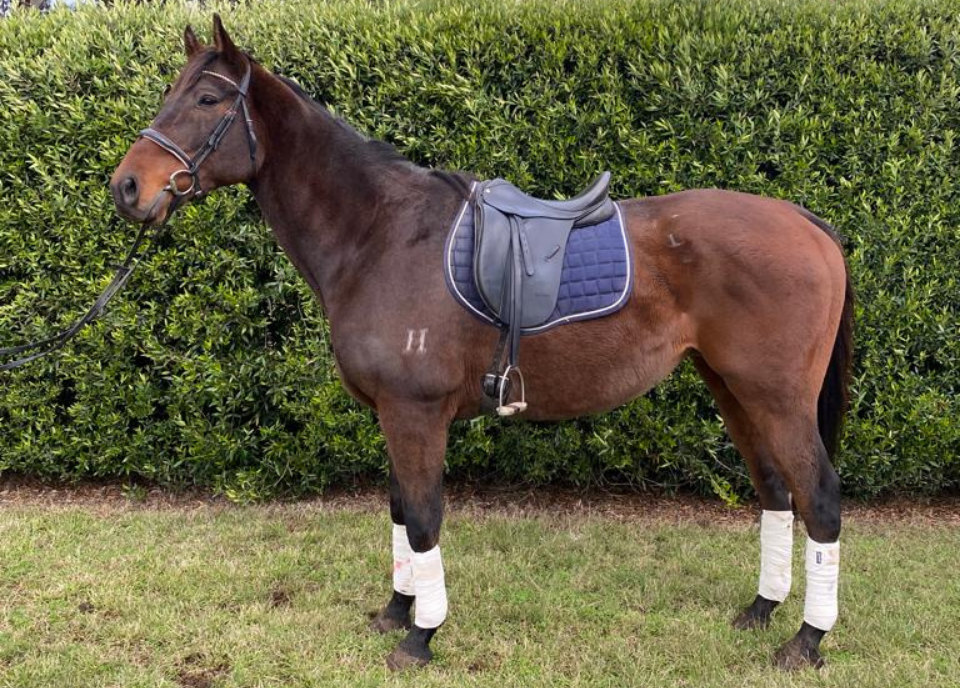